Dry January. Did you have one? We did here, but only until 21 January when the heavens opened and we had a deluge. Of rain. Yes, I am talking about the weather.

Oh, so you stopped drinking in January? A matter for you.

The dry, bright sunny weather in early January was an absolute joy. Whilst it is rather gloomy to wish for rain, in fact it did arrive exactly on cue when the Moon changed. This is no coincidence: the Moon is capable of many things and we see its daily effects on the sea making tides. Weather patterns definitely change at times of full or new moon. On 21 January 2019 we saw a ‘super blood wolf moon’ lunar eclipse, where the moon appeared to glow red while seeming brighter and closer to Earth. 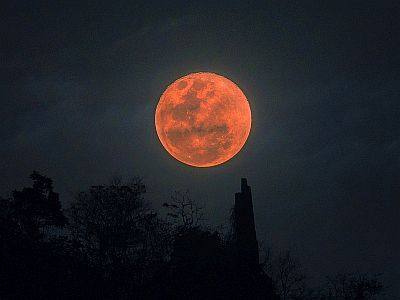 The weather changed again at Chinese New Year, which is no surprise really because it is a Lunar festival and always falls at a New Moon. 2019 was the Year of the Pig: I certainly hoped that the Pig would brings us better fortune than the Dog did for me last year (Postscript: it did not).

So is it any surprise that plants will also respond to the phases of the Moon?

Around here, many of the old contadini still farm according to the lunar cycle, advising us to do a particular job during a specific moon phase, or that the time is not right because we are ‘still in last month’s moon’.

Pruning vines must be done during a waning moon (Luna calante). Pruning during a waxing moon phase (Luna crescente) will cause the sap to rise up and bleed from the cuts. But apparently it doesn’t matter when you prune olives - why not? 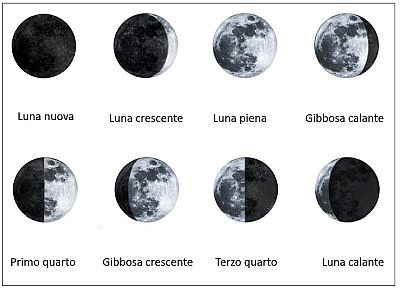 Phases of the moon are important in wine making. The famous Sesti vineyard at Montalcino is managed according to lunar cycles. Elisa Sesti says that when wine is in the barrel it ebbs and flows with the moon: on a waxing moon they take out wine to stop it overflowing and then top it up again on a waning moon.

So far so intuitive. The theory can get rather complicated though: Biodynamic gardening principles are too intricate for me to follow. But, from what I have read, the basic rule is that a waning moon is best where you want to stimulate root development – planting shrubs and roses - and a waxing moon better for leaf and fruit growth - planting out seedlings.

Perhaps I will just get on and do the jobs whenever I can find the time and hope the that the Moon will smile on me.

In February the advice is usually to prune your roses. I did this in February 2018, then the ‘Beast from the East’ came at the end of the month and destroyed many plants. I can’t help wondering if I had resisted and waited until March they might have survived. This year I am going to hold off until the next full moon and see what the weather forecast looks like. In any event I will be pruning during a waning moon.